HEATHER L. ONDERCIN
My research interests rest at the intersections of political behavior, quantitative research methods, and gender and politics.  My research agenda covers a wide range of topics but is unified by an interest in how context shapes political behavior both across space and over time among subgroups within society.

Dynamics of Partisanship and the Gender Gap 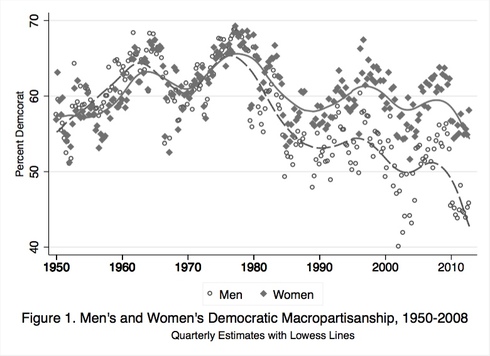 Changes in the partisan attachments of men and women have been a consequence of the dynamics of party realignments occurring throughout the second half of the 20th century, which resulted in gender becoming an important social group of party coalitions by the 1980s.  Additionally, social changes have differentiated and realigned men's and women's interests with other social groups that were already part of each party's winning coalition, increasing the importance of gender for party coalitions.  Furthermore, I argue that gender plays an important role in structuring political identities of the electorate.   While other important political identities influence men's and women's partisanship (e.g., race, socio-economic status, region), gender intersects with these identities to produce gender gaps in partisanship among sub-groups in the electorate.

As part of this project I have created an extensive data set allowing for both individual- and aggregate-level analyses of partisan attachments between 1950-2012.  This data set contains every Gallup Survey made available via the Roper Center.  It contains approximately 1,500 surveys and 2 million individual level observations. Key demographic variables in each survey have been recoded to allow for consistent over-time analysis.

﻿The Emergence and Success of Women and Elected Office

I argue the gender neutrality of election results reported in the existing literature (Burrell 2014) is a function of where and when female candidate choose to run for elected office. Specifically, female candidates act strategically by emerging in locations where they are more likely to win the primary and general elections. Using a two-stage probit model on all regularly scheduled congressional elections between 1992 and 2014, I demonstrate that the expectation of winning the primary and general elections are significant predictors of candidate emergence. The findings demonstrate that female candidate emergence is non-random, implying studies that focus on potential obstacles to female candidate success need to pay attention to how the process of emergence influences election outcomes.

All the World’s a Stage: Gender Performance on Senate Campaign Websites  (with Kiley Kinnard and Bas Van Doorn 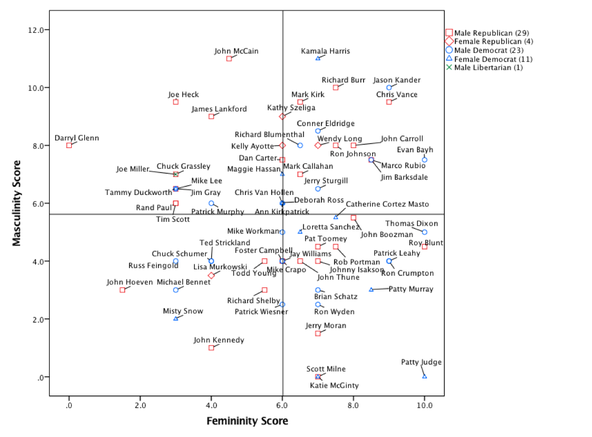 ​We create measures of masculine and feminine gender performance and analyses of the biography web pages of candidates for the United States Senate from 2010 to 2016. Our results show that the performance of gender on campaign websites is shaped by party identification, geography, and election year.  We argue that campaigns use gender performance as an intentional strategy that will shape the policy focus of the campaign. We find that candidates displaying a more feminine gender are more likely to mention feminine-coded issues even when controlling for candidate biological sex and party. Additionally, candidates with more masculine gender presentations are significantly less likely to prioritize women’s issues during their campaigns.

The Dynamics of the Gender Gap During Presidential Campaigns

Governments pay for interstate war through a combination of reductions in non-military spending, higher taxes, increased debt, and printing money.  In a series of papers, we examine the dynamic relationships between these different ways government finance their wars.   In the first paper,  We argue leaders vary in their preferences over how to pay for military spending and failing to account for interdependence among methods of government finance, government spending, and economic performance limits scholars’ ability to identify the consequences of military spending.  In the second paper, we develop a general framework that identifies the relative extent to which governments will make use of each finance option and how a government's finance strategy will change over the course of an interstate war.